Soldiers and riot squad officers stand guard as supporters of ousted Honduran President, Manuel Zelaya, participate in a protest against the military coup near Toncontin international airport in Tegucigalpa on July 5, 2009. *** SUMMARY: In the early hours of Sunday, June 28, Honduran military burst into the home of President José Manuel Zelaya and is transported to a military airbase to be deposited in Costa Rica. President's supporters take to the streets in protest and are retracted by the army and police for several days, the strongest protest occurred on June 5 on the outskirts of Toncontín International Airport in Tegucigalpa, where a young man was killed by a shot of soldiers. 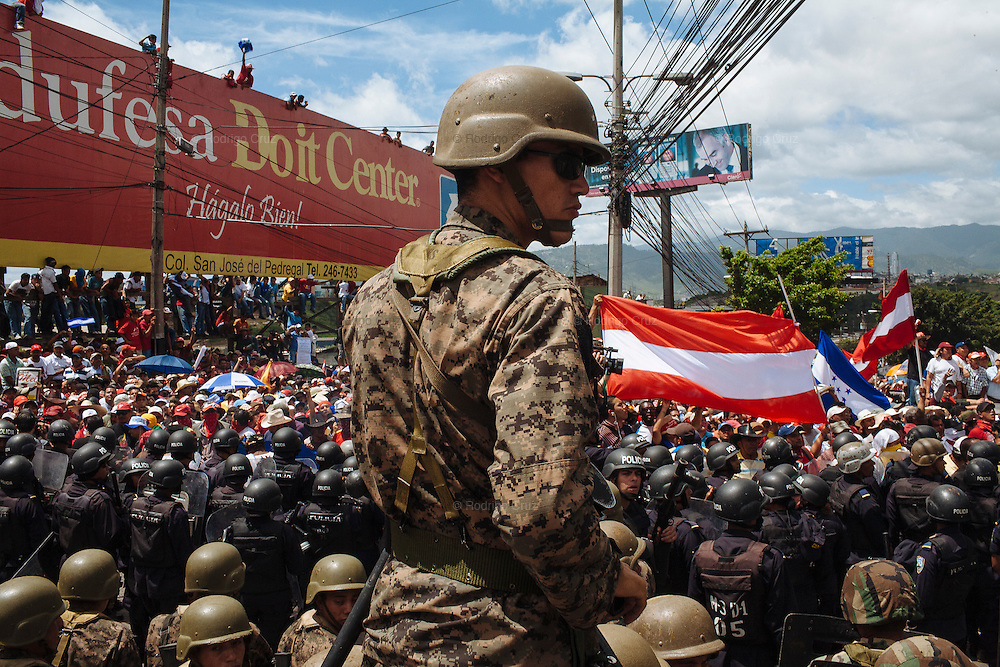