SAN MARTIN DE LAS PIRAMIDES, MEXICO - APRIL 15, 2017: Coaches of Mesoamerican Ball Game titled Ulamaztli during a friendly competition during a tournament in San Martin de las Piramides, Estado de Mexico. A player prepares himself to receive and hit a rubber ball during a tourney of Mesoamerican Ball Game titled Ulamaztli. To withstand the blow of the ball, that weighs 7 pounds, the players protect their hips with bandages and leather belts. Each team has 5 players and the game purpose is to keep the ball inside the play area without touch it with hands or another part of the body, except the hips. Rodrigo Cruz for The New York Times 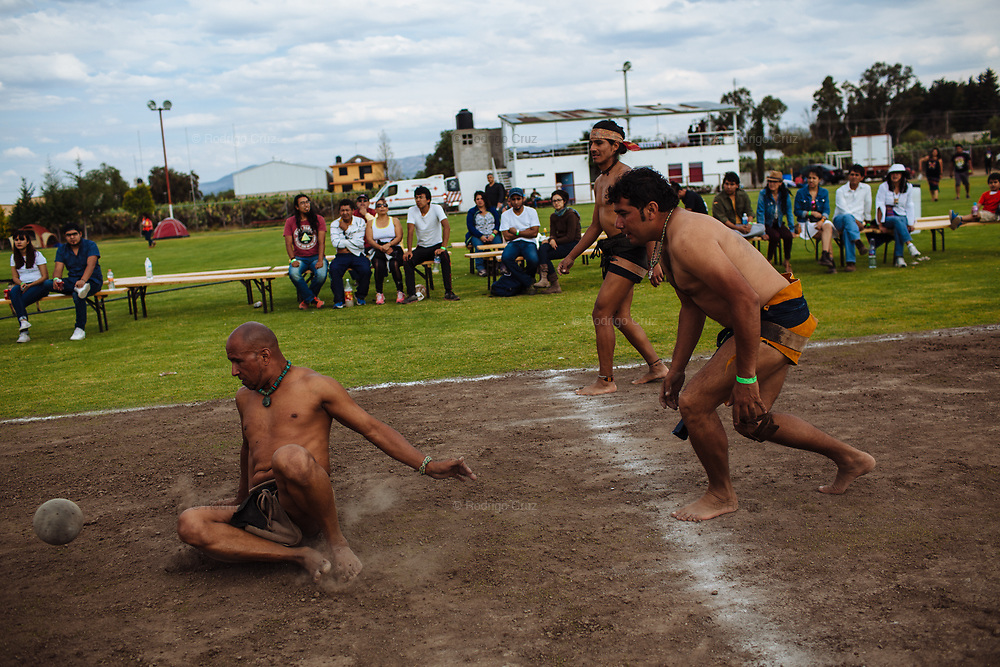